Thank you all for your interest in my Retina-DP adapter. I'm still working on it.
I doubt I can make it a commercial product, but I hope I can at least make a design that is easy and cheap to reproduce.

For the next prototype I have designed a very simple two-sided PCB - just a DP connector and panel connector, with backlight lines brought out on a pin header (to be able to test different backlight solutions) and resistor footprints for the simplest possible backlight driving.
I designed the PCB in Kicad and had it manufactured by Smart Protoyping.

Swicthing over to Kicad from Eagle was a major pain, but after a few days of cursing I got used to it. :)

The PCB and Smart Prototyping review

This was my first time ordering PCBs from Smart Prototyping and I'm very satisfied with the results.
Their prices are basically the same as those of Itead and Seeed, but they offer some interesting services, such as cheap stencils.

The order was shipped 8 days after placement, and shipping via HK registered mail took only 5 days!

The boards came out fine, the design was within safe specs - 8 mil traces with 10 mil spacing.

Two surprising things happened: first of all, I have receiveed 11 boards for the price of 10!
Secondly, they have fixed my silkscreen for me - I had left resistor names between the pads (that's where Kicad put them by default), and somebody moved them to the side so they don't get covered by the resistors.
This was fine for me, since they actually helped, but someone else might have been upset that they messed with the gerbers.

Here are some shots of the boards:


If someone is wondering, here are my settings for generating gerbers in Kicad: 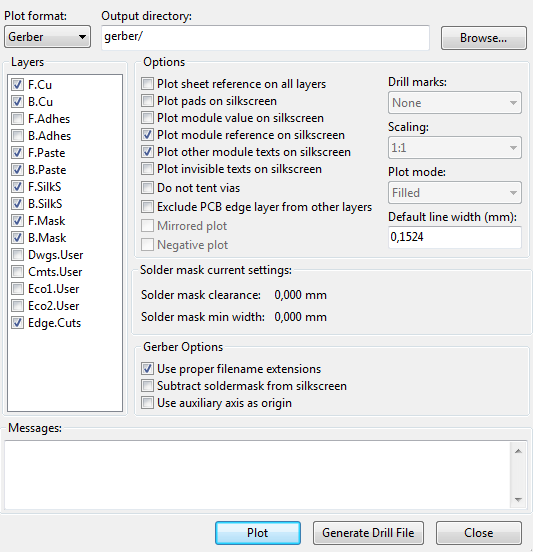 You have to draw the board outline on the Edge.Cuts layer and then rename the resulting .gbr file to .gml

The board works fine, it's obviously much better than the previous one.

Here's a picture of Battlefield 3 running at native resolution: 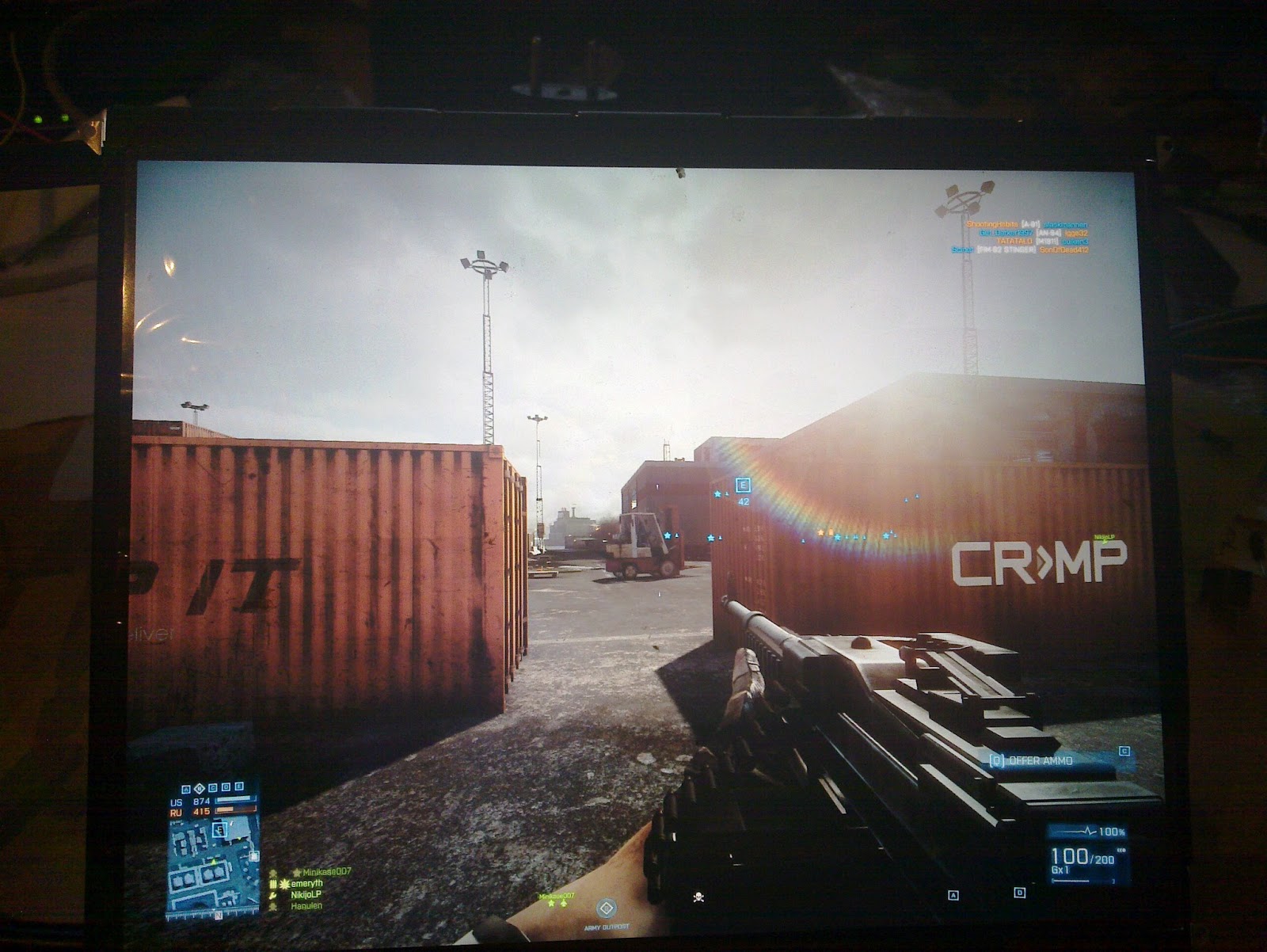 I will work some more on the design, try to add some backlight control and switching regulators
My goal is to create the cheapest possible board for this, I think it can be done for less than $40.

I don't have the money to invest in the production of this thing, but I think I'll just release the design when I'm done and maybe sell a couple of hand made boards.

In the meantime, I can part with some of the PCBs from this batch, if anyone's interested in soldering their own adapter. Sorry, I'm all out.

The design files of this board (in Kicad format) are on GitHub: https://github.com/Emeryth/iPad3_lcd
The board uses a Molex 502250-5191connector for the panel FPC, and a MC34467 DisplayPort socket.